Erdogan has to meet Saudi King with Russian march

A scandal, that overshadows even the US President's selfie against the Nelson Mandela's coffin, has broken out in Turkey. 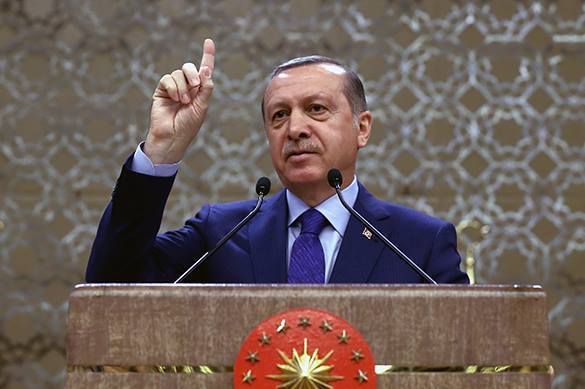 The Saudi King, who had arrived in Istanbul, was met with the Russian military march Longing For Motherland. As Politonline noted, the march had been known since 1906 and used to be played most often to commemorate the WWI heroes, and Turkey was "on the other side of the front" with Russia then, and was called the Ottoman Empire.

However, Turkey has already claimed that there was no Russian march, and there were performed the Dumlupınar and Thessaloniki marches, but not the Russian one. Nonetheless, arrival of a wealthy and influential guest was broadcast by almost all of the central Turkish TV channels, and it can be heard at the recording that the orchestra plays Longing For Motherland.