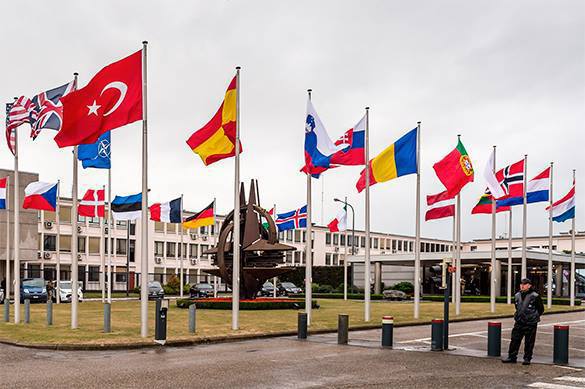 In his article for Politico, Brenton said that the Pentagon proposed to quadruple the US military spending in Europe due to the need to fight against "global threat number one." In turn, Russia is rearming itself and will not hesitate to use nuclear weapons, if need be.

As a result of the Ukrainian conflict the West still maintains the sanctions regime that could not force Russia to change the political course, but generated greater support for President Putin in the Russian society. In Syria, the parties are still dangerously close to an indirect war, in which Russia will support the Assad regime, while the West would fight on the side of the so-called moderate opposition.

Before the end of 2013, European defense spending marked an all-time low level and was supposed to decline further. As the Russian economy was growing, Western investment in Russia was growing too along with the trade turnover between Russia and the West, the tourist flow, exchange of students and so on. There was no enmity between Russia and the West, Tony Brenton believes.

It was Ukraine that has changed everything. From Russia's perspective, the overthrow of Ukrainian President Yanukovych looked like a West-plotted coup to harm Russia's interests in the neighboring country. The conflict triggered mutual sanctions, growing military spending and saber rattling.

"We could too easily travel a long way along that road - remilitarizing Europe, deepening mutual hostility, and enhancing the scope for a horrible accident. It is going to require intelligent statesmanship to walk us back from here. And that is going to have to come from the West," Brenton said.

According to him, NATO is six times ahead of Russia in terms of population, ten times - on defense spending, about 20 times - on GDP. Since 1989, NATO's front line has come 500 miles closer to Moscow. In return, Russia takes defensive efforts.

Tony Brenton believes that one should return to the Russia-NATO Council format to strengthen mutual trust and counter military escalation.

At the same time, the West must make it clear that neither Ukraine nor Georgia will join NATO in the near future. According to Brenton, "we should tackle the problems of the Minsk Agreement in a more honest way. Both sides have failed to deliver on the ground, where neither has complete control over "their" forces. But the core threat to Minsk lies in the Ukrainian government's inability, or unwillingness, to deliver on its promise of negotiated autonomy for the Donbass - the condition for closure of the Russian border to movements of arms and men. The West should acknowledge that this is where the real problem lies, and press the Ukrainians to overcome it."