Italy ready to lead new venture of West in Libya? 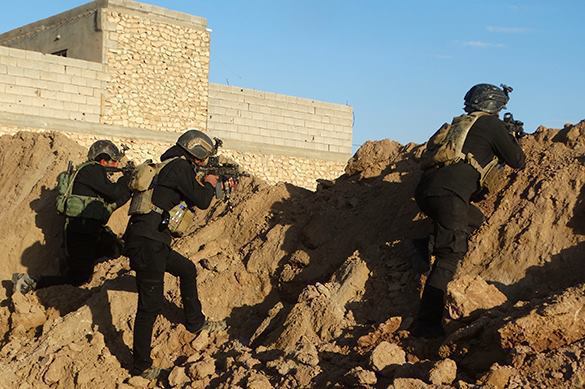 Italy is getting ready for a special military operation in Libya to combat the Islamic State. 50 special forces officers are reported to be dispatched to Libya in the nearest hours, according to the Corriere della Sera. The Italian External Intelligence and Security Agency is to lead the operation.

The military mission will comprise patrol vessels in the Mediterranean Sea and Tornado destroyers, which are currently located at the Trapani base in Sicily. The operation will be started after request of the Libyan authorities.

Ali Ramadan Abuz'akouk, Foreign Minister of the Tripoli government formed by the pro-Islamic General National Congress, claimed that the Libyan authorities were content with Italy's taking the role of a leader in war against the increasing IS forces in the country.

The Italian forces dispatched in Libya will join special forces of France, Britain, and the US, which have been already there for several weeks.

Britain meanwhile is going to put boots on the ground in Tunisia in order to aid to fight the Islamic State.

"A training team of some 20 troops from the 4th Infantry Brigade is now moving to Tunisia to help to counter illegal cross-border movement from Libya in support of the Tunisian authorities," Michael Fallon, British Defence Secretary stated.

As he said, the West concerns over the Islamic State intention to use Libya as a base to plan and carry out terror attacks.