Estonian President: Impossible to flourish, when huge Russia is near

The Estonian President Toomas Hendrik Ilves claimed that his country cannot flourish, as huge Russia is situated in the neighbourhood. 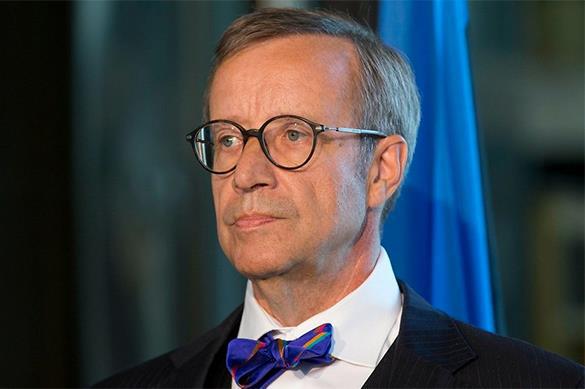 "Comprehension that Estonia alone could become a mini Switzerland close by Russia measures up to the absurdity. How can we get to such a self-deception," he said.

He added that only the EU can improve living conditions of Estonia, but because of the migration crisis, integrity of the EU can be damaged.

Beside that, he expressed his anxiety over the statement of the Italian PM Matteo Renzi, who offered to deprive European countries that refuse to adopt migrants of support.

"It's not an idle threat, as other countries also talk this way on the sidelines. These are countries, contributions of which, structural funds consist of," Ilves said.

President of Estonia believes that his country may adopt only migrants that flee from war, but it has no intentions to adopt all of them.

"The others, that is economic migrants and those who fish for good luck, should be expelled, and Finland has already started doing it in most exemplary way," he pointed out.

As Pravda.Ru reported, the EU obliged Estonia to adopt 550 refugees from Africa and the Middle East, that triggered a wave of protests across the country.