North Korea's Kim Jong-un threatened to strike South Korea and the United States if they do not cease military preparations after North Korea launched a carrier rocket with a satellite on board. 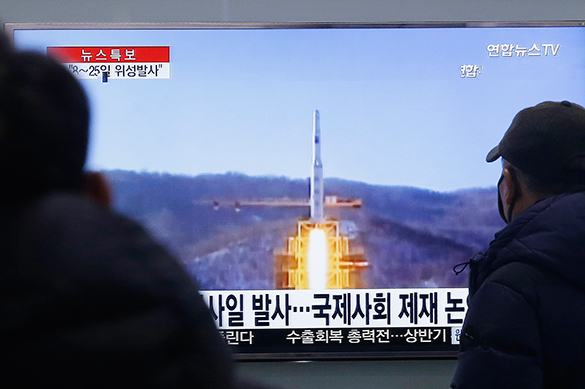 The Supreme Command of the Korean People's Army, strategic and tactical forces of the army of the People's Republic are ready to conduct pre-emptive strikes should the enemy commit a provocation.

According to the statement from the command of the North Korean army, presidential palace Cheong Wa Dae in Seoul will be the first target of the pre-emptive strike. According to DPRK officials, the Seoul palace is the place, where conspiracies materialize to enhance the confrontation with the North. The list of targets continues with US army bases both in the Asia-Pacific region and on the continental United States.
.
Noteworthy, a recent report from the Government Accountability Office said that the Missile Defense Agency of the US Defense Department made progress in protecting the country from a possible attack from Iran or North Korea. However, it was said that the US missile defense system is currently capable of protecting the country from only a small number of simple rockets.