Netanyahu shuts Israel in from the outside world

The Israeli PM Benjamin Netanyahu promised to build a fence around the periphery of the country's land boundaries to protect it from terrorism, crimes and illegal migration. In fact, to close the ring, it remains only to complete building forced entry-resistant constructions on the border with Jordan. 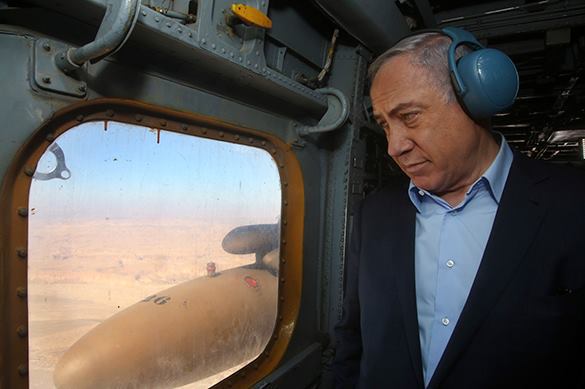 "In our neighbourhood, we need to protect ourselves from wild beasts. At the end of the day as I see it, there will be a fence like this one surrounding Israel in its entirety. We will surround the entire state of Israel with a fence, a barrier," Netanyahu said.

Israel has already equipped in such a way borders with Lebanon, Syria, Egypt, the Gaza Strip and partially with the Western bank of the Jordan River. Last year there was started construction of the fence on the most calm but vulnerable border with Jordan.

This program costs billions of shekels, but it will be implemented for the sake of the Israeli security, head of the government added.

As Pravda.Ru reported, construction of so-called fences on the borders has become more popular lately given deteriorating migration crisis.

Today, the similar constructions exist in 45 countries of the world. The Israeli 'wall of discord', that covers 703km is the most popular one. In some places it divides the Palestinian villages and damages economy of Palestine.