The Iranian President Hassan Rouhani turned down a dinner with the French President Francois Hollande, as the French party refused to take wine off the table and serve halal meat instead. 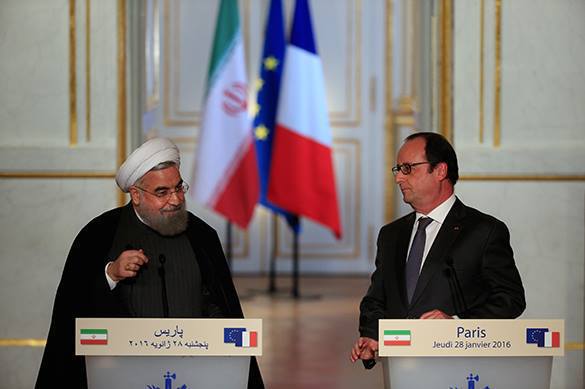 The French representatives offered the Iranian delegation to organize a meeting of the leaders during lunch time. However, the Iranians refused of such a meeting, calling it "too cheap".

Leonid Gelibterman, President of the International Enogastronomic Centre, Chairman of the Moscow based Russian branch of the International Wine and Food Society, told Pravda.Ru that France should have done it most likely on purpose, rather than through ignorance, so that to demonstrate that 'if you come to ours, everything will go on according to our rules'.

'If a French delegation goes to Iran, women should probably cover their heads and put on most modest dresses. It should have been done deliberately to show the Iranians and the whole world cultural traditions, values, and life understanding the French have,' the expert noted.

The Iranian delegation is on a 2nd-day visit in Paris.