The United States has decided not to decommission A-10 Thunderbolt attack aircraft against the backdrop of ongoing operations against the Islamic State and a "resurgent Russia". 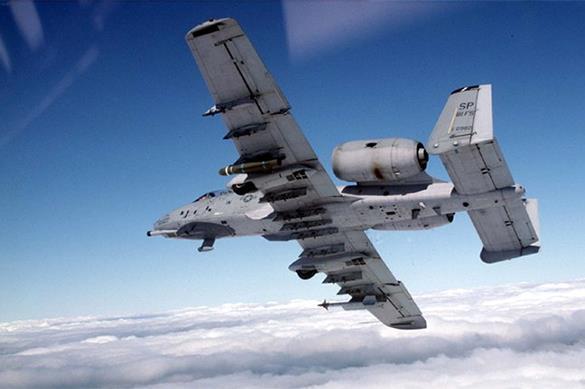 First Deputy Chief of Staff of the US Air Force, General David Goldfein, told Defense News that the plans to decommission the A-10 were presented in the draft budget for fiscal year 2015. According to Goldfein, the decision was made before the Islamic State emerged and prior to "Russia's aggressive actions in Eastern Europe."

"When we made the decision on retiring the A-10, we made those decisions prior to ISIL, we were not in Iraq, we were coming out of Afghanistan to a large extent, we didn't have a resurgent Russia," Golden said.

The proposal to indefinitely postpone the retirement of the A-10 will be presented in the draft budget for 2017 fiscal year. The US Air Force will have to make a difficult decision. On the one hand, one needs to remain vigilant, on the other hand, one needs to cope with budget problems.

The A-10 Thunderbolt is a US single-seat twin-engine attack aircraft, the serial production of which was discontinued in 1984. The aircraft was designed to destroy tanks, armored vehicles and other ground targets. The A-10 was to be replaced with F-35 fighter jets.

Noteworthy, this is not the first time when Western media point out Russia's increased defense capability. According to The New York Times, Russia has strengthened its armed forces and established itself on the world stage with a vigor that has not been seen since the Cold War.