The UN is outraged by the actions of President of Zambia, Edgar Lungu, who pardoned the rapist of a 14-year-old girl and appointed him as an ambassador in the fight against violence and gender inequality. 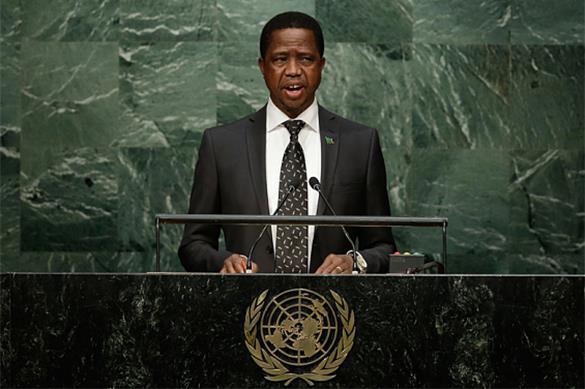 "Such an outrageous release and appointment as an ambassador for the fight against gender-based violence not only traumatises the victim all over again but discourages other victims from reporting similar offences," said Dubravka Šimonović, UN Special Rapporteur on violence against women, its causes and consequences.

"The pardon and appointment undermine the strong message against sexual abuse of women and girls that was sent with the original sentence and trivialise the serious nature of these offences. Rather, Clifford Dimba has been placed in a prominent position and even portrayed as a role model to fight violence against women," Ms. Šimonović added.

Zambian singer Clifford Dimba was sentenced to 18 years in prison for the rape of a 14-year-old girl, but was pardoned a year later by the Zambian President. Dumb was also accused of several other similar crimes, but it did not affect the decision of the head of state.