In half of of sex crime cases, the rapist is kind and familiar to the victim. 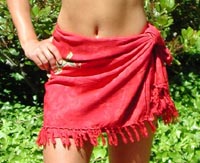 There is definitely a seasonal pattern connected to sex crimes, and a greater number of them are registered in spring and summer. According to figures provided by the Municipal Department of Internal Affairs in Moscow, in February 2006, nine rapes were committed in the capital, whereas in March this figure reached 15, in May, 22 and in June, 23. Many people, particularly of the older generation, link this to the fact that women are beginning to dress too sexually and scantily.

Those who wish to do so can certainly see everything. In the opinion of 20-year-old Aleksei, the most convenient way is to watch things in the metro.

“When you’re standing in front of the seats, sometimes you don’t have to make any effort to examine the breasts of the girl sitting in front of you in great detail: the colour of her skin, the size and shape. It’s very convenient. It’s true that it’s hard to work afterwards.”

“I like dressing scantily and provocatively,” says 22-year-old Christina. “One of my recent purchases is a short striped top with a V-neck and thin straps. Bearing in mind that my bust size is 4, this looks insanely sexy! But I don’t think I might attract rapists. I don’t flirt; I don’t glance at men in the eyes. And in fact, they look, but they don’t pester me.”

It is customary to think of a rapist as a scary man with a knife, lying in wait for his victim in the dark of night behind garages, unable to be satisfied other than by throwing himself on a woman’s naked legs and cleavage. But not many people are aware of the reality. The fact is that only 20% of rapists are so-called sex maniacs. Another 30% are drunken teenagers or released criminals. In half of cases, the rapist is a person with whom the victim is already familiar, even if they have only just met at the house of a mutual acquaintance or at a bus stop. In the case of teenage girls, who are not always able to say “no” to an adult, the statistics are even higher: four out of five victims of sexual crimes suffered at the hands of a neighbour, class-mate or family friend. So, short and sexual clothes are only as responsible for the increase in rape cases as the sun, hormones and alcohol.

17-year-old Varya was unlucky. Her friend rang her and invited her to a party at the house of a mutual friend.

“Naturally we dressed as you would for a summer party: make-up, summer tops, bare stomachs. At the dacha I saw lots of familiar guys. It was all lots of fun, until they started downing vodka and beer. At first they were just stroking my butts, pinching my legs. At first I didn’t react; then I realized: the guys had decided that I was encouraging them. But these were my former classmates !Since I had alsobeen drinking, I couldn’t defend myself… But I drew a few conclusions for the future. If the situation looks even a little tense, I should go home or to someone you know. If I am invited to a party where there are lots of men, the most important thing is to stay sober. And it’s important to remember that even the sweetest, nicest guy can behave inadequately if he has been drinking.

In reality, men and women do evaluate sexual relations differently. What for women is rape, a man will often consider ordinary sex. Often, a man may see an appeal for sex where, from the woman’s point of view, she has not given any such indications. Many men are raised in such a way that they do not react to what women say, especially if they say “no”.

Exhibitionism, the desire to expose one’s sexual organs to people (not one’s whole body as many mistakenly assume), is a form of perversion typically encountered in summer. As noticed by one author of an online journal, “an African exhibitionist has a much easier life than a European exhibitionist and even more so than a Chukchi exhibitionist. In general, Northern exhibitionists are destined to unbearable living conditions and at times even extinction.”

For some reason there are a great many people who like taking off their underwear in Moscow. According to surveys, every other Muscovite girl aged 6-7 upwards will come across an exhibitionist every so often. The words “I was walking along the road when a man flashed his genitals at me as he passed” constitute a common topic of female conversation.

A particularly important moment for an exhibitionist is frightening women (girls) and for this reason they have a habit of leaping out of bushes. Some exhibitionists show their assets on public transport or in cinemas. In recent times, exhibitionists have been experiencing significant difficulties linked to the fact that women have completely stopped being afraidof them. They stand and look. No fuss! As a result, many exhibitionists have had to resort to wearing scary masks showing freaky faces or Freddy Krueger, King Kong, Yeltsin…

Indeed, the more frightened and interested a woman is, the more her eyes goggle, the greater the pleasure achieved by the exhibitionist. This is why if she doesn’t pay any attention to the pervert or reacts in a motherly way: “Young man, don’t you feel the wind?” the exhibitionist feels disappointed and completely stupid.

Of course, women are not frightened by the sight of sexual organs, but by the thought that they may be raped. But the exhibitionist himself is most often not even thinking about having sex with the woman. Most of them are timid, suffer from repressed aggression and an inferiority complex and have difficulty socializing with other people, particularly women.

It is possible to frighten an adult woman and not be punished by the law. But many exhibitionists strive to attract the attention of young girls or children. This already qualifies as a depraved act and the offender can be penalized.