According to the data of a new "Early warning project", prepared by the American researchers from the Washington Holocaust Memorial Museum, Ukraine faces an extremely high risk of mass atrocities towards the civilians. 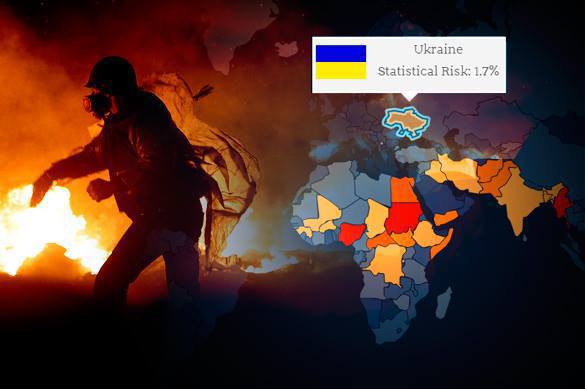 The project aims to estimate the risk of mass killings all over the world. Each country's rating is defined given a quantitative and qualitative analysis. These are the events in the country's development for the last 50 years and opinion of over a 100 experts. Thus, the researchers want to prevent possible killings in the societies, which are threatened with violence.

According to the analysts, such countries as Myanmar, Nigeria, and Sudan top the list. The risk in these countries makes up record-high 13.2%. The next group comprises countries in the South Asia, the Middle East, and the North of Africa.

The exception is Ukraine. It is the only country in Europe, that has targeted the list. The analysts believe that the risk of mass atrocities makes up 1.7%.

As Pravda.Ru reported, after Donetsk and Lugansk regions had recognized the coup d'etat in Kiev and declared their sovereignty given the carried out referendum, the Ukrainian authorities started a military operation in these regions.

According to the latest UN data, about 7,900 people have fallen victims to the conflict.

Also read: Ukrainian troops given official permission to shoot to kill in Donbass