Owners of summer cottages situated near the border between Russia and Estonia face compulsory alienation of property. The decision has been taken in Tallinn. Out of 126 kilometres, 91 has been already cleaned up, that is about 218 ha. 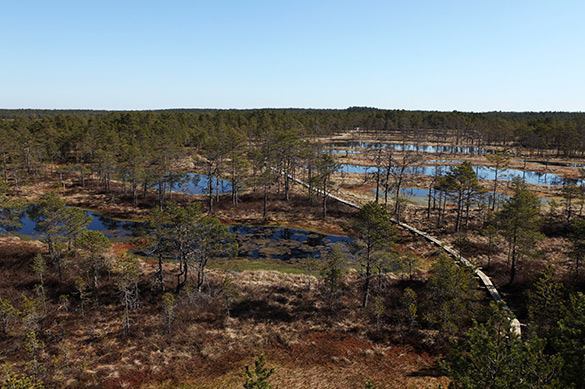 Landowners did not give their consent, but a regiment of volunteers, who almost exceeded the whole Estonian army, helped to cope with intractable people.

Volunteers responded to the summons of the Estonian authorities to prevent the Russian aggression, which Tallinn is afraid of, but awaits it with sinking heart.

The Estonians would not manage to clean up marshy area as winter comes and thus, they had to set aside this kind of hard work till spring.

Also read: Estonia has gone paranoid with its Russophobia