Pyongyang to rebuff US shattering the country

Representative of the North Korean Foreign Ministry claimed that Pyongyang intents to take the most strict measures in response to the hostile US policy in the sphere of human rights. 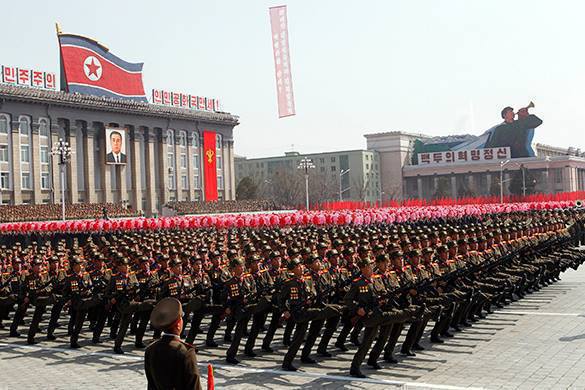 North Korea considers the US attempts to organize a meeting of experts under the human rights issue in North Korea along with Japan and the EU to be hostile. The meeting may be held on the sidelines of the 30th session of the United Nations Human Rights Council in Geneva.

North Korea claimed that after improving relations with Iran, Washington shifted its pressure onto North Korea to undermine the social system in the People's Republic with a number of provocations. Pyongyang intents to rebuff sharply such attempts.