The Chinese leader Xi Jinping claimed that China would reduce the number of its troops by 300,000 people. 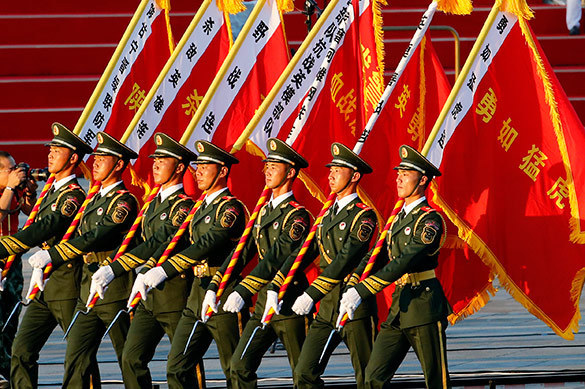 Speaking at the military parade commemorating the 70th Anniversary of the Chinese people's victory over the Japanese and the end of WWII, the head of state explained that "China aims at peace and will follow the path of peaceful development. Regardless of the progress of events, China will never seek hegemony, China will never seek to expand."

The Chinese people will keep contributing to the development of humankind, Jinping added.

Pravda.Ru reported that the Chinese army is the largest one in the world. Today, it comprises over 2,300,000 military.

Russian President Putin, who arrived to Beijing to take part in the celebration, will also conduct negotiations with Xi Jinping. A set of documents should be signed after the talks.

Also read: China to set a military base in Africa