Syrian diplomacy is a screen to prostrate the enemy 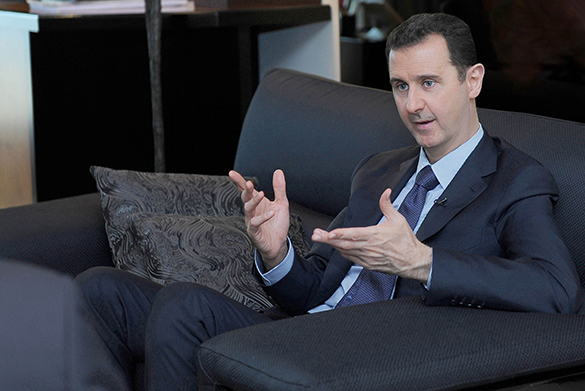 It is really an established state with its own currency, taxation system, and army.

It could have been eliminated long ago, but it is unfavourable both for Israel, and regional Arabian leaders, that is Turkey, Iran, and Saudi Arabia. Each one solves its goals with the help of the IS. Turkey solves the Kurdish matter, Iran believes that IS will weaken the Saudi Arabia, and Saudi Arabia hopes to dethrone Assad with the help of the IS. Israel though is not interested in dethroning Assad, as he is a much more predictable partner for it than those to come.

What about the US, the "divide and rule" concept is still present. As Tyukayeva claims, the recent UN resolution on the interim government in Syria is nothing more than a diplomatic screen to prostrate the enemy.

It is not clear who will surrender first, but Bashar al-Assad is not so weak, as they write in the West. He will be still getting support, including a military one from Iran and Russia, and he is a legitimate president, that is also important, Tatyana Tyukayeva noted.

Today, ayatollah is an anti-American politician. According to the expert, Iran is much stronger, even in the military field, that is why the Saudis are so afraid of the Iranian escaping sanctions.

The only guarantor of their security is the US military power. Without it they won't stand competition with Iran in neighbouring countries, as well as at home: oil-producing regions of the Kingdom are populated with the Shias, which Iran has close relations with. The Islamic State is a secondary threat for the Saudi Arabia, the main one is to stop the Iranian expansion to Bahrain, Yemen, Syria, Iraq. That is why the Saudis will insist on the Assad's withdrawal, who is a pivot of Iran in the Middle East.

Russia should create a coalition against the IS among the Arabian countries (Jordan, Qatar, the UAE) including Bashar al-Assad in the nearest future. If it comes out, it will be a breakthrough, and we'll be able to press the other camp (the US, Turkey, and the Saudi Arabia), Tatyana Tyukayeva said.