Turkey raids militants and IS

The Turkish police has conducted massive raids against the Kurdish militants and the IS fighters. In total, the raids have been carried out in 13 provinces over the country. 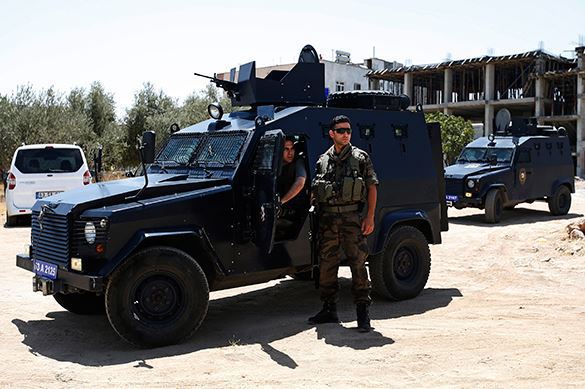 As the Turkish authorities claim, they do not see any significant difference between the Islamic State fighters and the Kurdish militants. 251 people have been arrested so far.

Fighter jets, helicopters, and special forces have been involved.

The recent terror act in Suruc killed 30 people. Stepping up terror activity in Turkey poses a serious threat for the tourists, what the Russians have been already warned of.

The tourists are asked to avoid excursions to remote areas. However, absolute security is not guaranteed even in the hotel zones.

Gumer Isayev, head of the St.Petersbourg Middle East research centre told Pravda.Ru in the phone interview, that 'confrontation between the IS fighters and kurds reached its top. Also an invasion, or any operation of the Turkish military forces is expected in the territory of Syria.'