Jeb Bush, former governor of the Florida State and presidential nominee from the Republican Party released his tax returns for the last 33 years. 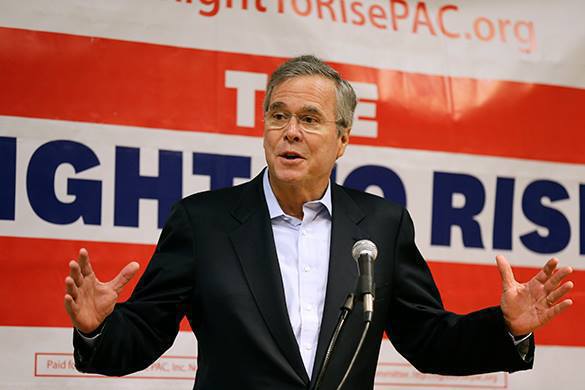 Politician's estate is estimated at about $22 mln, which he got mainly for the investments and his speeches.

No presidential candidate has ever released the tax returns relating to such a long period.

Part of his earnings Bush got over the cooperation with different companies. Being an advisor at Barclays, he got $2 mln a year, and providing consulting for the now-defunct investment bank Lehman Brothers, he got about $1,3 a year.

"I put them all out because I wanted people to have a window into my leadership style and be able to see for themselves how I handled the issues facing our state," Bush wrote on his website.

"One fun fact I learned in this process: I have paid a higher tax rate than the Clintons even though I earned less income," Bush said.

Pravda.Ru has recently reported that Jeb Bush claimed the "perfect candidate" from the Republicans would be Jesus Christ. But, as long as He is "not availabe", Jeb kindly offers to vote for him, member of the same party.