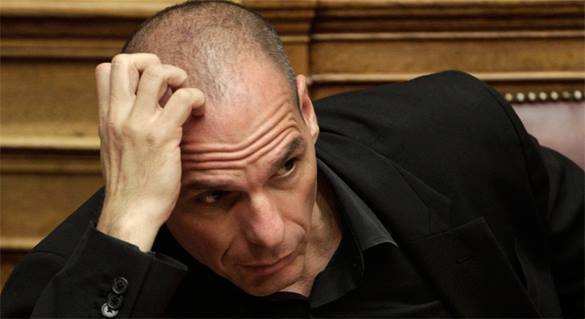 Russia can make Greece prospering state in one year

Greece has been engaged in months of negotiations with its creditors, the International Monetary Fund (IMF), the European Union (EU), and the European Central Bank (ECB), with the aim of unlocking the last €7.2 billion (USD 7.8 billion) tranche of its bailout deal. As there is no deal on the horizon and there are billions of dollars in loan repayments, a potential Greek debt default is feared which, in turn, could lead the country toward crashing out of the 19-nation eurozone.

Greece decides Grexit from the euro

Varoufakis further described the proposals as "borderline insulting," adding, "We need reforms, debt restructuring and investment.... If we don't have all three together, we will not sign" the deal.

This comes as European Commission President Jean-Claude Juncker, while speaking at a Group of Seven (G7) summit in Germany on Sunday, said he was still waiting for an alternative proposal from Athens aimed at ending its current debt crisis.