Safe rooms boom hits the US

A boom of safe rooms purchase has hit the United States. The elites start to prepare for a major civil unrest. 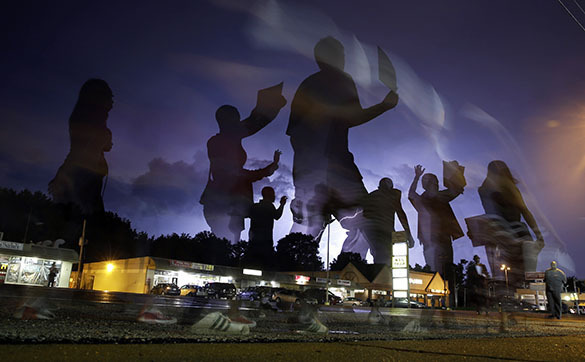 According to Tom Gaffney, the president of Gaffco Ballistics, a company which installs safe rooms in New York City, his business has more than doubled for high end systems that cost five or six figures over the past decade, with the company installing half a dozen a year, up from just one or two.

The 8-feet-by-12-feet bulletproof rooms are reported to be extremely popular.

Wealthy individuals, who are more familiar with such stringent security measures, are having safe rooms installed to protect their personal possessions, as well as their own physical safety, against potential domestic disorder that could arise out of growing wealthy inequality or a sudden economic collapse.

A buyer from a former Soviet republic has also allegedly purchased a safe room in order to protect against "chemical and nuclear attacks."

Fearing global unrest and the possibility of another major conflict, many members of the elite have been buying remote property and land in places like New Zealand, according to reports that emerged out of January's Davos Economic Forum.

The risk of domestic disorder is also heightened by the fact that distrust in government and leadership in the United States and other western countries continues to remain near historic lows. Corruption, social alienation, and lack of community are all the contributory factors.

The drop in real wages allied with massive worldwide inflation created by Keynesian central bank money printing will only exacerbate the wealth gap, which, as Pravda.Ru has already reported, is the widest for the last 30 years, and continues to grow. The U.S. government's inability to fund social programs could also lead to the seizure of private pension funds.