US general fired for showing disrespect towards Japanese citizens in Okinawa 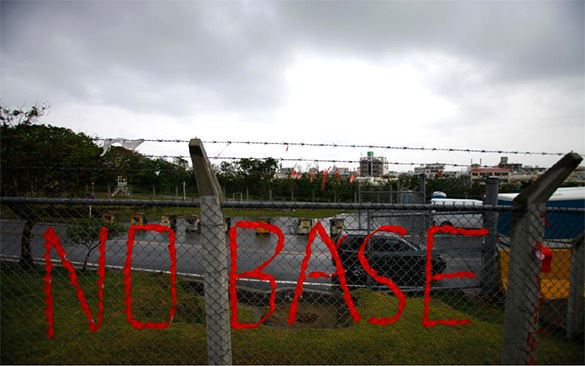 The Pentagon administration dismissed the head of the US Marine Corps in Okinawa (Japan). Robert Eldridge was removed from office after the surveillance camera video of the detention of peaceful protester Hiroshi Yamashiro leaked on the Internet.

Like other local residents, Yamashiro, who chairs Okinawa's Peace Committee, is opposed to the deployment of the US military base in their prefecture, Pravda.Ru reports.

The video showed Yamashiro standing behind the demarcation line. Therefore, there was no reason to arrest the protester, as he had not entered the territory of the base, reports The Japan Times.

Last Saturday, as many as 3,900 people gathered for a meeting to protest against the stationing of the US military base in Okinawa. The rally became the largest protest action during the recent few months.