Barack Obama says the USA can not solve global problems alone. The president is calling for "a new era of engagement" all around the world. 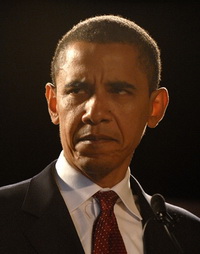 The U.S. leader made the remarks during his maiden address at the annual United Nations General Assembly which opened in New York city on Wednesday.

Mr. Obama vowed to "act boldly" for justice and prosperity at home and abroad. But, he added, all nations must take their share of responsibility for global responses to pressing global problems, including poverty, climate change, the economy and nuclear non-proliferation and disarmament.

President Obama told the leaders of the 192-member states that America is doing its part. He noted U.S. actions to end the war in Iraq, prohibit torture, and provide development aid to countries including Afghanistan and Pakistan, Voice of America reports.

In his first speech as president to the U.N. General Assembly, Obama sought to distance his young administration from unilateral policies of his predecessor, while pledging a U.S. commitment to work with the United Nations in forging a better common future for all.

"The United States stands ready to begin a new chapter of international cooperation -- one that recognizes the rights and responsibilities of all nations," Obama said in concluding a speech that received strong applause.

He told the assembly that the world's countries, both individually and collectively as the United Nations, have failed to put aside old ways of thinking and acting as they confront threats to global security and stability, CNN reports.

It was also reported, the president devoted a significant proportion of his speech to the challenges of finding a peaceful settlement in the Middle East - and called for the relaunch of "negotiations without preconditions".

He said he did not underestimate the scale of that challenge, but added: "I will not waver in my pursuit of peace."

On Tuesday, at the UN's climate change summit, Mr Obama acknowledged that the US had been slow to act, but promised a "new era" of promoting clean energy and reducing carbon pollution.

Some countries may not take kindly to his words urging greater responsibility if it sounds too much like a lecture, particularly those who feel his commitments to tackle global warning were disappointing, says the BBC's Mark Mardell in New York, BBC News reports