Friday a deadly bombing in Kabul caused Italy to become the latest nation to question its role in Afghanistan. This highlights the pressure facing dozens of militaries confronting a protracted war — and an Afghan government ill-equipped to handle its problems alone. 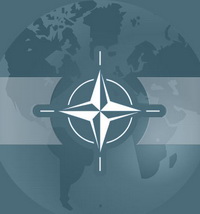 Final election results from last month's presidential vote are weeks away at best and violence is on the rise — demonstrated by the explosion that killed 10 Afghans and six Italian soldiers on one of Kabul's main roadways. The bombing prompted Italian Prime Minister Silvio Berlusconi to call for a "transition strategy" to allow the Afghan government to do more for its own security and decrease international troop levels.

The Italian deaths were the country's greatest single loss in the war. Another Italian official called for troops to be out by Christmas.

This is already the deadliest year for NATO troops in Afghanistan since the 2001 invasion that ousted the Taliban, with more than 300 deaths. The summer has been particularly bloody as thousands of U.S. troops poured into insurgent strongholds in the south and Taliban mounted campaigns of violence around last month's election, The Associated Press reports.

It was also reported, A U.S. service member and a Canadian soldier died in separate roadside bomb explosions in southern Afghanistan, officials said Friday, announcing new deaths from a day that claimed the lives of a total of nine international troops.

The American and Canadian died Thursday, the same day a car bomber killed six Italian troops in a brazen attack in the heavily guarded capital of Kabul. A NATO soldier also died Thursday of wounds from an earlier attack.

The car bomb in Kabul killed 10 Afghan civilians as well as the Italians, leaving a crater 3 feet (one meter) deep and nearly twice as wide. Italian Premier Silvio Berlusconi called Friday for a "transition strategy" to allow the Afghan government to do more for its own security — and decrease the number of international troops in Afghanistan.

The Italian deaths were the country's greatest single loss in the war, but Berlusconi said his government remained committed to defending democracy in Afghanistan, "which is still very far from being a modern and civilized country,” The Associated Press reports.

In the meantime, Berlusconi's almost instant reference to a possible troop pullout was the centerpiece of a day of impassioned, often contradictory, reactions from the highest levels of Italian government, following the nation's worst day of military casualties since a November 2003 car bomb attack in Nasiriyah, southern Iraq, killed 19 Italian soldiers. That death toll was cited when Italy eventually pulled out of Iraq in 2006, but at the time of the Nasiriyah attack, Berlusconi had held firm to Italy's military commitment and ironclad alliance with then U.S. President George W. Bush.

This time, the immediate message was much more ambiguous, coming as Berlusconi continues to reel from a months-long sex scandal that has shaken his bearings and loosened what should otherwise be a tight hold over Parliament and his own center-right coalition. As the first reports came in of the Thursday morning bombing — which also killed 10 Afghan civilians — at an outdoor market in Kabul, both the ministers of defense and foreign affairs forcefully declared Italy's resolve to maintain its military presence in Afghanistan in the face of what Defense Minister Ignazio La Russa called a "cowardly" and "devious" attack, Time reports