Mexico wins over Paraguay by 6-0

Mexico beat Paraguay 6-0 to advance to the Copa America semifinals on Sunday. 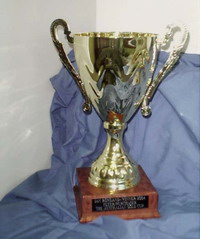 Mexico wins over Paraguay by 6-0

Mexico, a guest side in the South American championship, will meet the winner of the late quarterfinal between Argentina and Paraguay next Wednesday in Puerto Ordaz.

Paraguay's fate was sealed in the opening moments, when No. 2 goalkeeper Aldo Bobadilla was red-carded for a sliding, boots-up tackle on Nery Castillo, setting up a penalty shot which the forward converted to the left of substitute Joel Zayas.

Zayas, Paraguay's third-string 'keeper, took the field in place of midfielder Jonathan Santana, denying the Paraguayans a key component of their attack.

With one man less, Paraguay struggled to regroup offensively and Mexico bombarded its goal, scoring three in each half.

Mexico doubled its lead on a driving shot from Gerardo Torrado in the 22nd minute, then Castillo trapped a Juan Carlos Cacho pass with his chest and allowed one bounce before smashing it in the 38th.

It should have been 4-0 soon after but Jaime Correa wasted Castillo's pass across the goal when he tapped it wide in front of an empty net.

Castillo, whose two goals gave him four for the tournament, two less than leading scorer Robinho of Brazil, was replaced minutes into the second half but the onslaught continued.

Fernando Arce put away the fourth goal in the 78th, Cuauhtemoc Blanco hit a penalty in the 87th, and replacement Omar Bravo headed in Jamie Lozano's pass in injury time to cap the blowout.

After losing to the United States 2-1 in the final of the CONACAF Gold Cup, Mexico arrived in Venezuela missing key players - including all-time leading scorer Jared Borgetti - to injury.

Despite the absences, El Tri upset Brazil 2-0 in its opener on its way to finishing undefeated atop Group B.