Thomas Bach, the head of the International Olympic Committee, declared his readiness to help the International Football Federation (FIFA) with the investigation of the possible use of doping in Russian football. 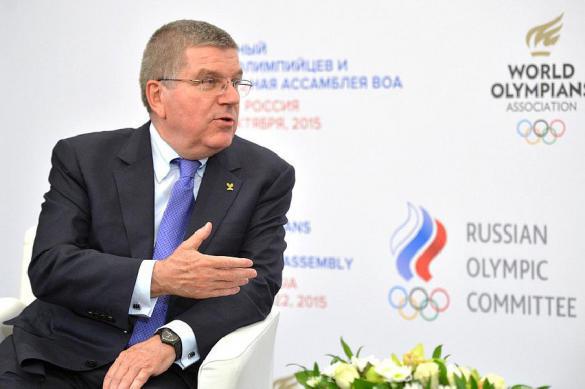 According to Bach, FIFA will have to request relevant information from Samuel Schmid's commission at the IOC. Bach admitted that Mr. Schmid may have come across certain evidence to prove the use of doping drugs among Russian football players during investigation.

Earlier, it was reported that FIFA was trying to contact the former head of the Moscow Anti-Doping Laboratory, Grigory Rodchenkov, regarding the possible involvement of Russian football players in the doping program.

At the same time, FIFA representatives said that the decision of the International Olympic Committee to let only "clean" Russian athletes take part in the 2018 Olympics under the neutral flag would not affect the program of preparations for the World Cup in 2018. FIFA officials said that they took notice of IOC's decision, but added that it would not affect preparations for the 2018 World Cup in Russia.

A while back, FIFA turned down a request from US senators to strip Russia of the right to hold the World Cup in 2018 by claiming that policies of boycott, isolation or confrontation were not efficient measures in addressing specific issues.

Noteworthy, Russians can only giggle at this news as Russian football players are known for their ability to play football very poorly.