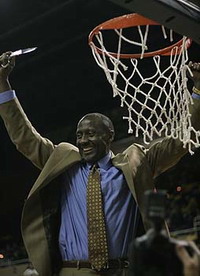 Stan Joplin is no more a head men's basketball coach at the University of Toledo. He was fired after the 2007–2008 season.

The reason for dismissal is that the team, the Rockets, is in need of new program. The University is going to conduct a national search for Joplin’s replacement.

Joplin was sitting pretty for about 12 years. He came as a coach in 1996, though he had had close connections with the team earlier. He was a former Toledo star in the late 1970s and then assisted the head coach in 1984-90.