The witching hour is almost here. 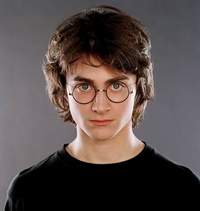 Thousands of would-be warlocks, sorcerers and ordinary, non-magical Muggles lined up outside bookstores from Sydney to Seattle on Friday, eager to get their hands on "Harry Potter and the Deathly Hallows," the seventh and final volume in the boy wizard's saga.

In a now-familiar ritual that is part sales frenzy and part Halloween party, bookstores in Britain are flinging open their doors at a minute past midnight (2301GMT Friday). Shops as far afield as Singapore and Australia are putting the book on sale at the same time as Britain, and the United States will follow by releasing the book at midnight on the East Coast (12:01 a.m. EDT, 0401GMT).

For many of the keenest fans, the place to be was Waterstone's bookstore on Piccadilly in central London. Dozens of die-hard fans sheltered under umbrellas and plastic ponchos, undeterred by torrential rain.

An assortment of wizards, witches and at least one house elf, from as far afield as Finland and the United States, staked out their places on the sidewalk hours - in some cases days - before the midnight opening. Some passed the time by jotting predictions for the final novel in notebooks, while others encouraged passing drivers to "Honk for Harry."

"This is the biggest Harry Potter party in Europe, so it's worth the wait," said Laura Halinen, 23, from Kuusankoski, Finland.

"Deathly Hallows" is the last book in a series that began a decade ago with "Harry Potter and the Philosopher's Stone," the story of an orphaned boy who learns on his 11th birthday that he is a wizard. Since then, Rowling's books have sold 325 million copies in 64 languages, and the launch of each new volume has become a Hollywood-scale extravaganza.

Chellie Carr, 17 - a fan since the age of 9 - said she had pestered her mother to bring her to London from her hometown of Okemos, Michigan.

"For all the other books she said, 'No. It's just a book.' But for this one, she said yes," said Carr, who wore a homemade black cloak lined in green for Slytherin, one of four houses at Hogwarts School of Witchcraft and Wizardry.

"Deathly Hallows" has a print run of 12 million in the United States alone, and Internet retailer Amazon says it has taken 2.2 million orders for the book - 47 percent higher than the pre-order for "Harry Potter and the Half-Blood Prince." Britain's Royal Mail says it will deliver 600,000 copies on Saturday - one for every 43 households in the country.

Potter-mania spans the globe. In Israel, the Tel Aviv branch of the Steimatzky bookstore chain was due to open at 2:01 a.m. local time Saturday (2301GMT Friday), defying criticism from Orthodox Jewish lawmakers for opening on the Sabbath, when the law requires mist businesses to close.

In Cambodia, Phnom Penh's Monument Books - the country's only outlet for the book - expected its allotment of 224 copies to sell out within hours.

The book has sparked a price war in Britain, with Wal-Mart-owned supermarket chain Asda saying it will sell the book for 5 pounds (US$10.27; EUR 7.44), just over a quarter of the recommended retail price of 17.99 pounds (US$37; EUR 27). Rival Morrison's said it would offer the book for a penny less.

Security is tight, with books shipped in sealed pallets and legal contracts binding stores not to sell the book before the midnight release time.

In Ireland, 2,500 people who bought tickets for a launch party at Eason's bookshop on Dublin's O'Connell Street had to sign contracts to be admitted into the store at 11 p.m. (2200GMT).

"It's been hard work," said children's book buyer David O'Callaghan, who is dressing up as a werewolf for the occasion. "We've had to sign an embargo, and every customer has signed an embargo, and we send all the signed forms off to an auditor - he's the equivalent of Voldemort - who says things like, 'The signature on account number X214 does not match.' But it's all worth it when you see 2,500 people in O'Connell Street, dressed up and waiting for their book."

Despite the security, spoilers have sprouted on the Internet, including photographed images of what appeared to be all 700-plus pages of the book's U.S. edition. Publishers would not say whether the leaked pages were genuine.

In France, the daily Le Parisien played spoiler, telling readers how the final installment ends, in a small article which it printed upside down. "Upend this page if you want to know the end!" ran the headline, printed the right way up.

As many as 1,200 copies were shipped early in the U.S. by an online retailer, and two U.S. newspapers published reviews of the book ahead of the release.

Rowling said she was "staggered" by the embargo-busting reviews.

"I'd like to ask everyone who calls themselves a Potter fan to help preserve the secrecy of the plot for all those who are looking forward to reading the book at the same time on publication day," she wrote on her Web site. "In a very short time you will know EVERYTHING."

The six books have been building to a final confrontation between Harry and his evil nemesis, Lord Voldemort, scourge of the wizarding world. Fans are on tenterhooks because of the prophecy, revealed in book five, that one must inevitably kill the other.

Many fans were planning to turn off their computers and disconnect their phones in order to read the book in spoiler-free peace. And then, it will be all over.

Amber de Jager, 19, from Rijswijk in the Netherlands, said she expected "relief, but a lot of tears as well."

"I think it will have a bittersweet ending," she said.