After the decision of the International Olympic Committee to exclude Russia from 2018 Olympic Games in South Korea and let only certain "clean" athletes go there to perform under a neutral flag, many in Russia wonder whether those "clean" athletes are patriots or traitors. 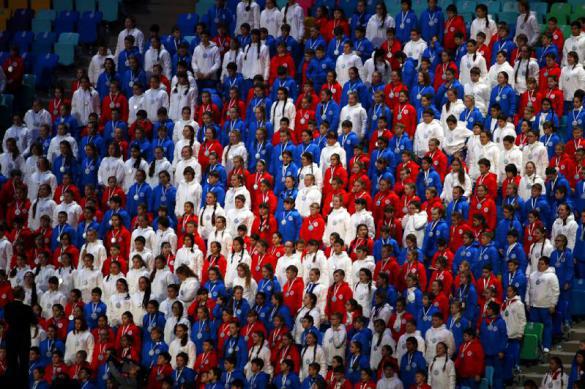 Many Russian officials, including in the field of sport, stated before the decision of the IOC that it would be unacceptable for any Russian athlete to perform in South Korea under the Olympic flag and celebrate their victories to the music of the Olympic anthem. Some of them started discussing an option to arrange separate sports competitions in Russia.

"We will not come up with any other Olympic Games, because there are no other Olympic Games. We may hold goodwill games or some other games, but they will never be Olympic Games. I would not recommend going deep into this rubbish. We need to structure our position," Russian MP, three-time Olympic champion in figure skating Irina Rodnina told Pravda.Ru.

The day before, Russian President Vladimir Putin, after he finally announced his intention to run for president in 2018, met with Russian athletes and gave them a go-ahead for a neutral flag option. Many public figures, who would condemn "neutral" athletes and accuse them of betrayal, suddenly  bit their tongues. However, the problem remains, and many in Russia wonder whether those who will go to South Korea should be condemned or not.

"This should be a common decision, the decision of the entire country. We should not condemn anyone afterwards," Rodnina said.

"The fact that such a situation would appear was clear, at least after the Rio Games. Everyone knew that they would not just leave it all alone," she added. First and foremost, the Olympic champion in figure skating believes, one should look into the problem of who represents Russia at international federations and the Olympic movement.