John Tefft, aka Mr. Pelmeni, says 'Spasibo' and 'Do svidaniya'

John Tefft, who served as US Ambassador to Russia for three years, held a farewell dinner in the US Embassy on September 27. 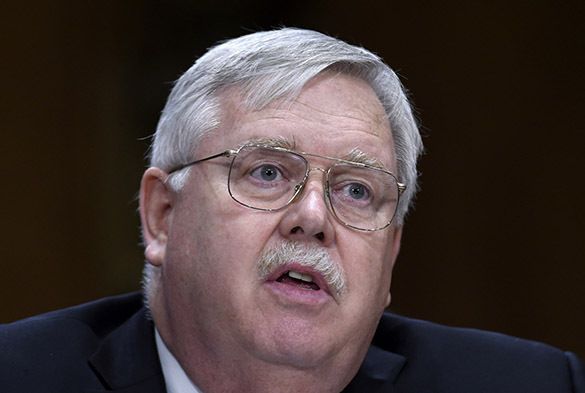 John Tefft has left Russia in the morning of September 28. According to Tefft, he will miss the Russian culture and the opportunity to travel around Russia. Tefft has repeatedly admitted that he is a fan of Russian music. In his residence, he has organized more than 20 concerts of Russian and American musicians.

Tefft is also known for his relatively neutral views on what is happening in Russia. In May, he shared his views about the "Immortal Regiment" action saying that this is a very important event in Russia that pays tribute to the memory of victims of the Great Patriotic War.

"Despite the differences of ideology that divided their governments, our forebears - everyday Americans and Russians, millions of whom made the ultimate sacrifice and millions more whose lives were changed irrevocably by the experience of the war-came together to do what was right.  Surely we can do the same today, if we choose to remain true to their example," Tefft wrote in his Livejournal blog on May 9, 2017.

In an interview on the radio Echo of Moscow radio station, John Tefft stated that Russia violates the Intermediate-Range Nuclear Forces Treaty admitting that Russia was thus posing a threat not only to the USA, but also to its allies.

At the same time, John Tefft acknowledged that Russia does not admit to those violations, which affects the US-Russian relations.

During his farewell dinner, John Tefft promised to return to Russia, at least for the sake of meat  dumplings - a traditional meal of Russian cuisine commonly known in Russia as pelmeni. He recalled a funny incident when he expressed his love for this dish on social media, and afterwards, no matter where he would go in Russia, people would recommend where he could have some pelmeni.

"During one of the first conversations with the Russian "VKontakte" I mentioned that I really like pelmeni. It broke up on the Internet, so from then on, wherever I went, the locals wrote me about where they can eat pelmeni. It seems that I became "Mr. Pelmeni," Tefft said in an interview with TASS.

In July, Tefft said that he would be sorry to bid farewell to his new friends in Moscow. "As I look back over my time here in Russia, I am struck by the richness of Russian culture and history," John Tefft wrote in his farewell op-ed piece for The Moscow Times.

"Spabiso and do svidaniya," ("thank you and goodbye") John Tefft said in Russian when bidding farewell to his colleagues and friends in Moscow. The new US Ambassador to Russia will be John Huntsman.