Official spokesperson for the Russian Foreign Ministry, Maria Zakharova, has warned US Ambassador to Moscow John Tefft about a "danger." 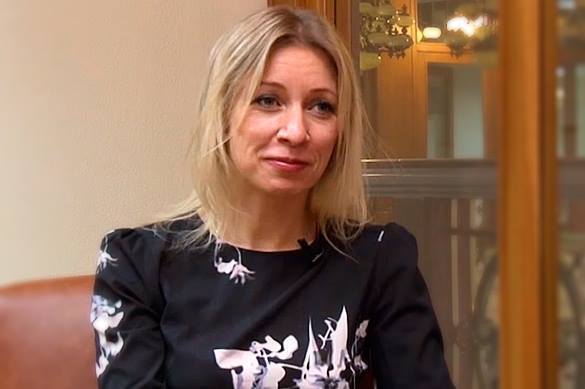 "I entered the building of the Foreign Ministry and came across US Ambassador to Moscow John Tefft. You put yourself at risk communicating with Russian diplomats. What if CNN learns about it, - I wished good morning to the partner," Zakharova wrote on Facebook.

CNN has recently reported with reference to top acting and former officials that US special services considered Russian Ambassador to Washington Sergei Kislyak a Russian spy.

"US intelligence services consider Russian Ambassador to the United States Sergei Kislyak a top Russian spy and recruiter. Do you think this is the media bottom or there is some space left for them to fall?" Zakharova later wrote.

According to CNN, US Attorney General Jeff Sessions has had several meetings with Russian Ambassador to the USA prior to the presidential election.

Democratic leader in the US House of Representatives Nancy Pelosi urged US Attorney General Jeff Sessions to resign and accused him of lies under oath. According to her, Sessions concealed the fact of his contacts with Russian Ambassador Sergey Kislyak. Pelosi called to establish an independent commission to investigate any type of contacts between members of the Trump team and representatives of the Russian side.