British singer Robbie Williams performed in Vilnius, Lithuania, with this "The Heavy Entertainment Show." Local media drew attention to the fact that during the performance of the song "Party Like a Russian" Robbie Williams said the Russian word "spasibo" ("thank you") several times to everyone's surprise in the audience. 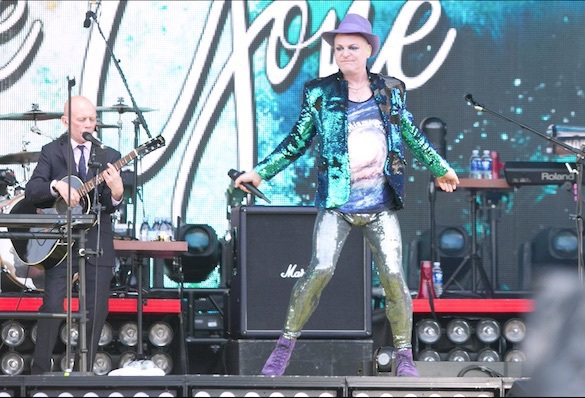 According to Lithuanian website lrytas.lt, Williams did not think to express his gratitude to his audience by saying "thank you" in Russia. The Russian word is part of the lyrics of the song.

Delfi website suggested that the Russian word from the mouth of the British singer could embarrass the audience during the concert. Journalists of the website assumed that those concert-goers, who were not familiar with the song, could find the artist's behaviour confusing, RIA Novosti reports.

Williams's video for the song "Party Like a Russian" caused a controversy in Russian media outlets and social media. Many in Russia found the video offensive as it presented a humiliating stereotyped image of the Russian people.