Russia's Sports Minister, the head of the Russian Football Union Vitaly Mutko criticized the behavior of the players of the Russian national football team Pavel Mamaev and Alexander Kokorin. According to Mutko, the new head coach of the Russian football team will receive recommendations in connection with the scandal, in which Mamaev and Kokorin found themselves after a posh party in Monte Carlo. 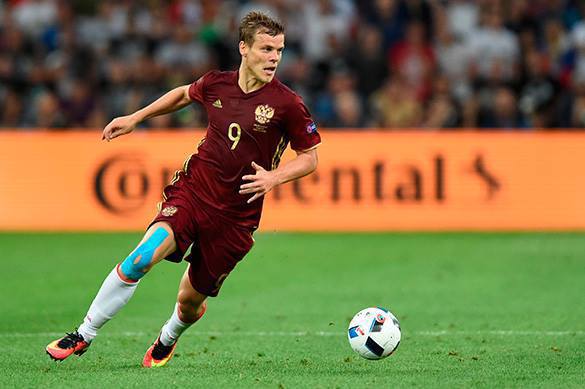 "All of Russia is criticizing our players now. They need to care about the sport, in which they perform, but instead, they cause damage to our image. They think that they are above sport," Mutko told reporters in Moscow on Thursday.

The minister also noted that during the Euro-2016 football tournament, many players of the Russian team were reluctant to defend the honor of the country.

"We will recommend to the new coach to draw conclusions on them. We can not influence them, but we can make recommendations," the official added.

After Russia shamefully left Euro-2016, Pavel Mamaev and Alexander Kokorin went to celebrate the beginning of their holiday in Nice. At a party in Monte Carlo, they ordered Armand de Brignac champagne priced at about 500 euros per bottle. According to witnesses the party, the generous Russians bought about 500 of such bottles for a total amount of 250,000 euros.