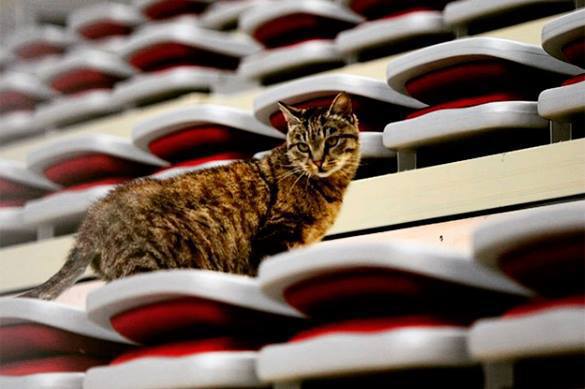 The feline had her own Twitter and Instagram accounts. The cat became famous in Russia nationwide after an incident in December 2014, when it got into a food display at a fish store at the airport of Vladivostok and ate seafood worth 63,000 rubles (about $900).

The feline became a star of social networks in Russia immediately. Soon after the incident, the cat became a mascot for a local hockey team, "Admiral."

"The stray cat has become famous all over the country, having eaten seafood worth a good monthly salary at the airport of Vladivostok, and then got a lucky ticket to live at Admiral hockey team for another two years as a member of our big sports family. It is very sad that we have lost our cat," a message posted on the official website of the hockey team said.