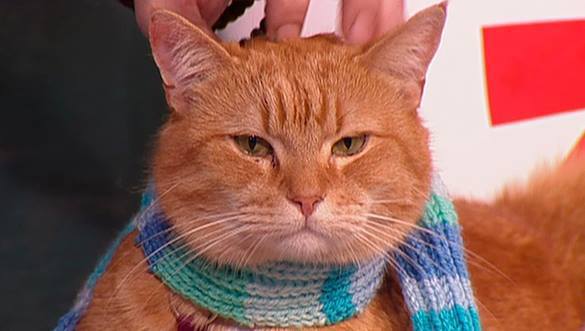 In Vladivostok, a red homeless cat became a celebrity after it was caught stealing food from a local store. The damage that the feline caused was evaluated at 60,000 rubles, PrimaMedia reports.

Noteworthy, having spotted the intruder, the eyewitnesses did not immediately contact the sellers of the shop. For about two minutes, they were filming the cat sitting comfortably in the midst of fish paradise.

"Not only has he eaten some squid and flounder, but also tore open packages of dried octopus and other seafood specialties. Of course, we had to withdraw all the products from the fridge. The fridge was disinfected and sanitized. In general, the cat caused us the losses of 60,000 rubles (about $1,000)," the owner of the shop said.

It remains unclear how the cat could find itself at the airport terminal.

Keeping animals at the airport is forbidden in connection with security requirements, airport officials said.