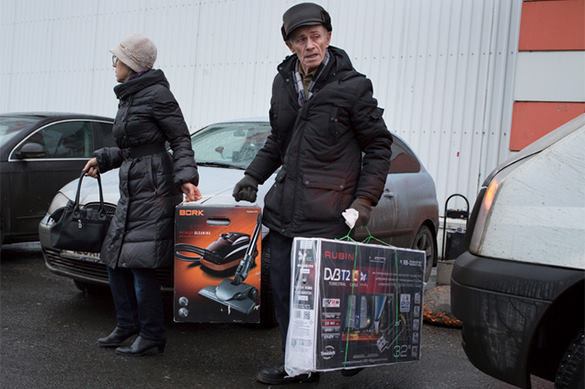 Many Russians have started raising consumer loans to buy foreign-made household appliances and gadgets as cheap as possible before prices on them are raised again.

Analysts note that the people repeat the mistake of the past year, when many people rushed to snatch up electronic goods because of high foreign exchange rates.

In late 2014 and throughout 2015, the Russians were purchasing electronic goods mostly at their full prices. In early 2016, many people prefer to buy them on credit, the Kommersant newspaper wrote.

Experts warn that against the backdrop of the weak ruble and high inflation, making such decisions can be risky.