Miss Italy says she wants to experience emotions of WWII

The winner of Miss Italy beauty pageant said that she was dreaming of traveling back in time to 1942 to experience the passion of war. 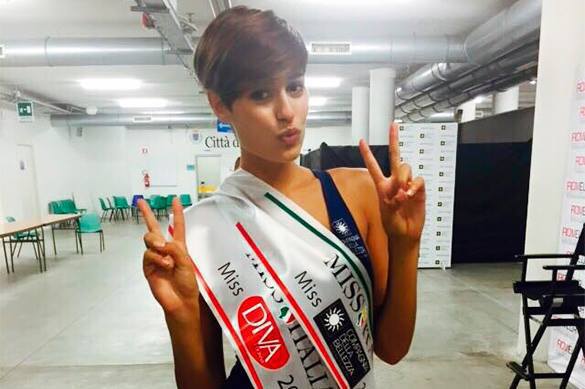 Eighteen-year-old basketball player Alice Sabatini, who won the Italian beauty contest, said that she would like to travel back to 1942 to find herself in the midst of WWII. The woman said that she wanted to "experience the emotions of the war in reality," adding, however, that she would not go to the front, just because she is a woman, Pravda.Ru reports with reference to the Huffington Post.

"Well, to see really what the Second World War was like, since the books talk about it for page after page. I want to live it. In any case I am a woman so I wouldn't have had to do military service, so I would have been at home with the fear of..." she said.

Social networks exploded in comments over the remarks from the beauty queen. Many bloggers accused Miss Italy of showing disrespect to the women who fought and died during the times of WWII. Some others say that Sabatini's remarks were a disgrace not only to herself, but to Italy. Many bloggers suggested Sabatini should go to Palestine, Syria or the Donbass to "experience emotions of the war."