Europe accuses US of refugees inrush

Europe starts saying that the US is involved in the illegal refugees migration aiming at shattering the EU. 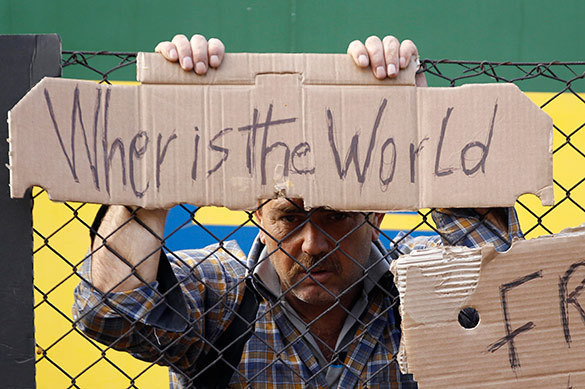 The Austrian magazine Info-Direct reported with reference to the sources in local intelligence agencies that the US pursued its own goals and provoked the crisis in the region. The Times noted, that migrants use up-to-date mobile applications, developed by the American specialists. Thus, they are able to get data on patrol, round-up, a hole in the fence, and so on. The US programmers earn millions of dollars.

The French Boulevard Voltaire also reminded that it were namely the NATO and the US, that waged war in Libya and murdered Muammar Gaddafi. Namely the West orchestrated "the Arab Spring", which lead to the civil war in Syria and millions of refugees.

The main stream of refugees is flowing from the countries, where the Americans unleashed bloody conflicts openly or with the hands of its allies. These are Libya, Syria, Iraq, Yemen, Afghanistan.

According to some European mass media, the EU intents to oblige its new members, i.e. the Baltic States, Romania, Bulgaria to adopt refugees given quotas at the US instigation. Today, however, the EU just does not realize how to cope with this inrush of migrants.