20-year low ownership hits blacks in the US

The American dream to possess a house becomes unavailable for the citizens of the US. 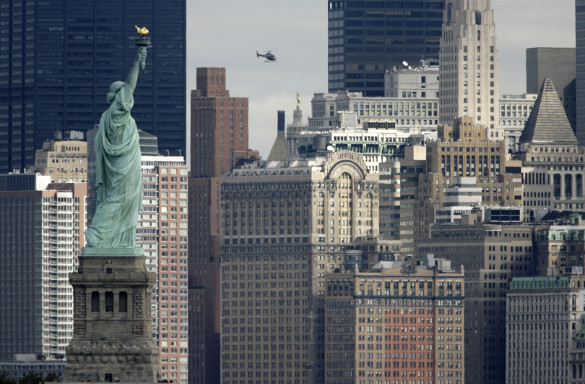 Such conclusions have been made by the Harvard University experts, who conducted a research on the US housing market.

Sales have decreased due to real estate high prices and reached a 20-year low.

Being desperate at saving money for their own home, the Americans turn to the rentals, which can hardly keep up with demand.

Home ownership is down to 63 percent, a far cry from the 69 percent registered in 2004. The Joint Center for Housing Studies of Harvard University's annual "State of the Nation's Housing" report said current home ownership percentages rival that of 1993.

"The homeownership rate for minorities continues to lag: It peaked at 51.3 percent in 2004, and has now fallen to 47.2 percent. Of all minority groups, African Americans have the lowest rate of homeownership, just 43.8 percent," said the report.

The reason for the decline is the languishing economy and poor pay. Harvard said that a key factor is the "steady erosion" of incomes since the recession began.

40% of young black populatio has currently problems with the employment.

The White House though, has extended the job quotas for immigrants for the last two years, while hiding job vacancies from the native-born black residents.

Also read: Racism in USA is not dead. Racism lives on and on