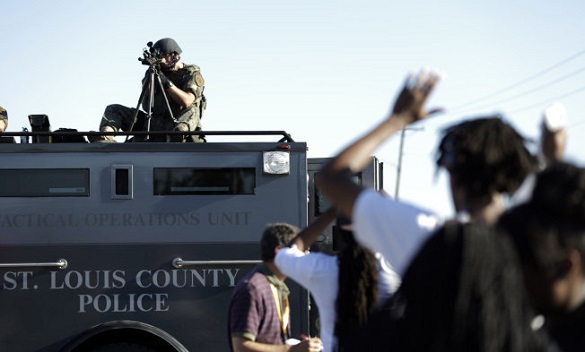 US law enforcement agencies get increasingly aggressive every year. In March 2015, the American police killed 111 people.

According to AlterNet, since 1900, the entire UK police have killed 52 people.

"Don't bother adjusting for population differences, or poverty, or mental illness, or anything else. The sheer fact that American police kill TWICE as many people per month as police have killed in the modern history of the United Kingdom is sick, preposterous, and alarming," Shaun King, the author of the publication wrote.

Pravda.Ru reported earlier that Chicago police officers detained Americans at "black sites." The sites are very similar to those the CIA uses worldwide for interrogation and torture of suspected terrorists.

The methods that the Chicago police use during interrogations contradict to the Constitution of the United States and reveal the scale of threat that the police pose to American freedoms and independence, Pravda.Ru reports.