Washington: Man wakes up to receive 16 bullets from police 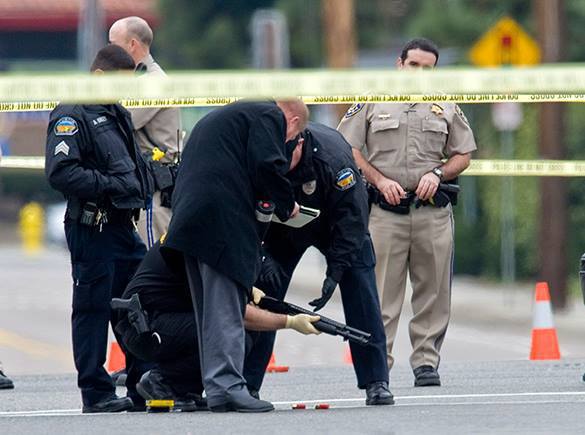 On February 11, 2012, Dustin Theoharis suffered 16 gunshot wounds as police officers opened fire at him as soon as the man woke up and tried to get up from bed.

Having woken up, Dustin saw police officers in his room. The man reached for the bedside table for his wallet to show his ID to the officers, but the latter opened heavy fire at the man. Afterwards, the officers claimed that they assumed Dustin was trying to reach out for a weapon, Pravda.Ru says.

Theoharis filed two lawsuits totaling $5.5 million, seeking compensation for poor health after injuries, mental trauma and moral stress. He also says that he has trouble socializing due to suffering from post-traumatic stress. His left arm and hand still do not function properly because of the multiple gunshot injuries he had suffered.

The police authorities were trying to justify the actions of the police officers by the fact that their job was "tough."  The man agrees that the officers' were doing a tough job, although it does not mean, he adds, that they do not have to take responsibility for their actions and mistakes, Pravda.Ru reports.

On the day of the incident, Theoharis was sleeping at an apartment he was renting in his friend Cole Harrison's home in Washington. The police looking for Harrison's son. In the apartment, the officers found only Dustin, who was taking a nap. Cooperating with the officers, Dustin reached out to the bedside cabinet to take his wallet there, but the officers opened fire at the man, injuring him in his jaw, both upper and lower arms, his wrist, hand shoulder and abdomen, as well as both legs medical records said.

Theoharis suffered sixteen gunshot wounds, and the only reason for that was the fact that he was obeying officers' orders.

The man received the $5.5 million payout, but the officers who shot him were never even charged.