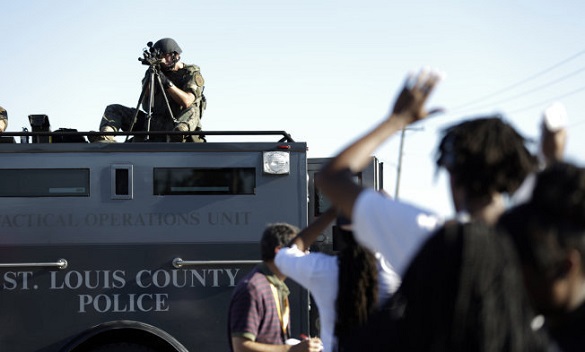 The data on the killings of US citizens by US police are grossly underestimated. It was reported earlier that US citizens run the risk of being killed by a police officer nine times more often than by a terrorist.

However, a careful analysis of the statistics of killings committed by police officers from 1999 till 2002 in Central Florida showed that national databases were not accurate. An average of 545 people killed by local and state law enforcement officers in the US went uncounted in the country's most authoritative crime statistics every year for almost a decade.

According to new close to reality estimates, US police officers kill on average 928 people a year. This has been a trend for nearly eight years already. This means that everyone, who lives in the US, is 55 times more likely to be killed by police than a terrorist.

Meanwhile, the FBI has published a different number - 383 people, which only confirms the failure of the US government to monitor and control the work of the police.

Daniel Benjamin, the Coordinator for Counterterrorism at the United States Department of State from 2009 to 2012, said that the total number of deaths from terrorism had been extremely small in the West in recent years. The terrorist threat itself has considerably reduced, according to statistics, but not media headlines.