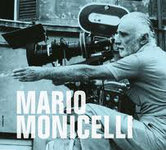 The four-time Oscar-nominated film-maker Mario Monicelli has died at the age of 95 after leaping to his death from a hospital window, according to reports.

Known as one of the masters of the Commedia all'Italiana ("Italian-style comedy") for movies such as 1975's My Friends (Amici Miei) and 1958's Big Deal on Madonna Street (also known as Persons Unknown, or I Soliti Ignoti), Monicelli had been suffering with terminal prostate cancer. He was admitted to the San Giovanni hospital in Rome just a few days ago, according to Italy's Ansa news agency, The Guardian reports.

Mr. Monicelli was a contemporary of the noted Italian filmmakers Federico Fellini and Ettore Scola and worked closely with some of the nation's greatest actors, including Marcello Mastroianni, Toto and Alberto Sordi.

His career spanned more than 60 years in which he wrote and directed dozens of films, documentaries, shorts and TV series, including 2006's "The Roses of the Desert." He was most well-known for the comedies "Big Deal on Madonna Street" (1958) a crime caper where inept criminals bungle their robbery of a pawn shop, and "La Grande Guerra" (1959) which won the Venice Film Festival's Golden Lion Award for its comedic take on the tragedies of World War I. In 1991, the Venice Film Festival honored him with a lifetime achievement award, New York Times says.