The U.S. Food and Drug Administration will publish a statement on Friday criticizing state measures to legalize the medical use of marijuana, calling them attempts to bypass scientific review. 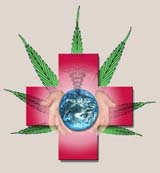 The agency said it was posting the statement in response to requests from lawmakers and others, but advocates for legalizing marijuana said the FDA was making an unusual and inappropriate foray into politics.

"In response to inquiries, including from Congress, we are clarifying our position on the science," said FDA spokeswoman Susan Bro in an interview.

"The FDA continues to support medical researchers whose intention is to undertake rigorous, peer-reviewed investigations and well-controlled clinical trials, in line with the FDA's drug approval process," she added in an e-mail.

But Bruce Mirken of the Marijuana Policy Project said he was puzzled by the FDA's decision. "It's fascinating that they are making what strikes me as essentially a political move here," said Mirken in an interview, reports Reuters.

The three criteria for placement in Schedule I, says the FDA (21 U.S.C 812b 1) are currently met by Marijuana. It listed as the three main reasons against the use of marijuana for medical use as:
1. It has a high potential for abuse
2. It has no currently accepted medical use in treatment in the USA
3. It has a lack of accepted safety for use under medical supervision

The FDA also added that current evidence shows marijuana is harmful to human health. It cited several studies and reports done by HHS, FDA, SAMHSA and NIDA, which indicate that scientific evidence supporting marijuana's medical use is lacking (for treatment in the USA). Also, the FDA said animal or human data supporting efficacy and safety of marijuana for general medical use is lacking.

There are alternatives (approved by the FDA) to smoking marijuana for medical use, said the agency, informs Medical News Today.