Canada's new Conservative Party Prime Minister Stephen Harper said Monday that Ottawa does not intend to reintroduce legislation to legalize small amounts of marijuana. Speaking to the Canadian Professional Police Association about his crime policies, Harper received applause when he reiterated that the legislation drawn up by the previous Liberal Party government would not be reintroduced when the new Parliament sits Monday. 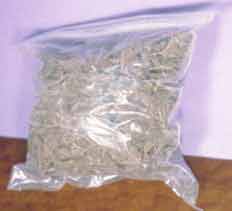 The bill, which had alarmed law enforcement officials in Canada and the United States, died on the floor of the House of Commons after the Liberal Party lost elections in January. Harper, who was to later address the first Conservative-led Parliament in 13 years, told the police association that fighting crime was one of his top five priorities.

He vowed to keep his campaign pledge to demand tougher sentences for gun and drug offenses. He also won prolonged applause for his campaign promises to crack down on parole and do away with mandatory supervision, the practice of releasing most convicts after two-thirds of their sentences.

"We are going to hold criminals to account," said Harper. "This government will send a strong message to criminals: If you do a serious crime, you're going to start doing serious time." Harper also promised to get tough on child pornography and improve the national databank of DNA samples of convicted criminals, reports the AP.