Dilemma? Best to sleep on it

Scientists have some remarkable new advice for anyone who is struggling to make a difficult decision: Stop thinking about it. 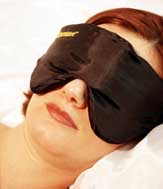 Dilemma? Best to sleep on it

In a series of studies with shoppers and students, researchers found that people who face a decision with many considerations, such as what house to buy, often do not choose wisely if they spend a lot of time consciously weighing the pros and cons. Instead, the scientists conclude, the best strategy is to gather all of the relevant information -- such as the price, the number of bathrooms, the age of the roof -- and then put the decision out of mind for a while.

Then, when the time comes to decide, go with what feels right. ''It is much better to follow your gut," said Ap Dijksterhuis, a professor of psychology at the University of Amsterdam, who led the research.

For relatively simple decisions, he said, it is better to use the rational approach. But the conscious mind can consider only a few facts at a time. And so with complex decisions, he said, the unconscious appears to do a better job of weighing the factors and arriving at a sound conclusion, reports Boston Globe.

According to BBC News, the study found that people can think unconsciously and that for complex decisions unconscious thought is actually superior.

The team argued the problem with conscious thought is that the brain can only focus on a few things at the same time, which can lead to some aspects being given undue importance.

Lead researcher Dr Ap Dijksterhuis said: "The take-home message is that when you have to make a decision, the first step should be to get all the information necessary for the decision.

Jonathan Schooler of the University of British Columbia in Vancouver told Science the study built on evidence that too much reflection could be detrimental in some situations.

"What may be really critical is to engage in [conscious] reflection but not make decision," he added.