A new study by researchers at Fred Hutchinson Cancer Research Center reports that obesity, alcohol use and smoking all significantly increase the risk of second breast cancer among breast cancer survivors. 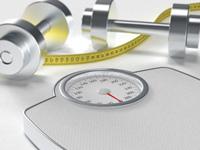 His study adds to a small but growing body of evidence that obesity (a body mass index of 30 kg/m2 or more), alcohol consumption (consuming at least seven drinks a week) and current smoking may be important risk factors for second breast tumors. The research also suggests that current smokers who imbibe at least seven drinks a week may be at particularly high risk of second breast cancer.

"Our study results afford breast cancer survivors three ways to potentially reduce their risk of second cancers: Stay at a normal weight, don't smoke and drink in moderation," he said.

Both obesity and alcohol use are associated with increased levels of circulating estrogen, and this is thought to be the primary means through which they confer an increased risk of breast cancer, since estrogen can fuel breast cancer growth. The link between smoking and breast cancer may be attributed to carcinogens in tobacco smoke.

"Breast cancer now has a greater than 90 percent five-year survival rate in the United States, resulting in a large and ever-growing number of survivors. Since these women are at two to six times greater risk of developing a second cancer compared to women in the general population, it is important to understand factors that may increase that risk," Li said. "We know that lifestyle factors such as obesity, smoking and heavy alcohol consumption are linked with a number of life-threatening diseases in addition to cancer, and so reducing or eliminating these factors could have the added benefit of reducing a survivor's risk of developing a second breast cancer."

The National Cancer Institute funded the research, according to Science Daily report.