Tanning Beds Cause Most Lethal Form of Skin Cancer

An international cancer research group has ranked tanning beds alongside cigarettes, arsenic and asbestos as posing the greatest threat of cancer to humans. 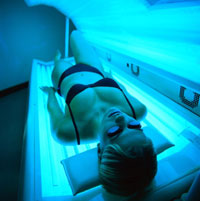 Tanning Beds Cause Most Lethal Form of Skin Cancer

The International Agency for Research on Cancer (IARC) has moved ultra-violet emitting tanning beds to its highest cancer risk category and labeled them as "carcinogenic to humans" after ruling they are more dangerous than previously suggested, Reuters reports.

Previously, tanning devices were only rated as a possible cause of melanoma, the most lethal form of skin cancer.

The IARC, an expert committee reporting to the World Health Organization, made its decision following a comprehensive analysis which concluded that the risk of melanoma is increased by 75 percent when people start use tanning devices before age 30.

Additionally, several studies found links between the use of tanning devices and melanoma of the eye, Xinhua reports.

In an interview with WebMD, the IARC’s Vincent Cogliano, PhD, called the scientific evidence linking indoor tanning to the deadly skin cancer melanoma “sufficient and compelling.”

A dramatic rise in melanoma, especially among young women, has been seen in recent years.

Cogliano said studies conducted over the past decade provide an “an abundance of evidence” that tanning bed use has played a role in this rise, along with direct sun exposure.

“People mistakenly see a tan as a sign of health when it is actually a sign of damage to the skin,” he says, WebMD reports.