FDA asks for additional funds after wave of criticism

The Food and Drug Administration addressed the Congress Monday with a request to allocate $275 million for import protection. The FDA asked for the additional amount after the agency was criticized for its attempts to do too much with insufficient resources. 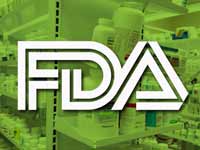 FDA asks for additional funds after wave of criticism

With the help of this amount the FDA will hire 490 people and establish a presence overseas. In addition, the agency will modernize its information technology infrastructure and hold more inspections in other countries.

House lawmakers criticized the FDA in April for its insufficient inspections of foreign pharmaceutical companies. The criticism followed a string of problems with contaminated doses of blood thinner, which most likely arrived from a Chinese plant that the FDA never inspected.

In March 2008, major recalls of heparin were announced by the FDA due to contamination of the raw heparin stock imported from China. The FDA admitted that it had violated its own policies by failing to inspect the American pharmaceutical firm Scientific Protein’s plant in China before approving the drug for sale. The U.S. Food and Drug Administration was quoted as stating that at least 19 deaths were believed linked to a raw Heparin ingredient imported from the People's Republic of China, and that they had also received 785 reports of serious injuries associated with the drug’s use. According to the New York Times: 'Problems with heparin reported to the agency include difficulty breathing, nausea, vomiting, excessive sweating and rapidly falling blood pressure that in some cases led to life-threatening shock'.

The contaminant has been identified as an "over-sulphated" derivative of chondroitin sulfate, a popular shellfish derived supplement often used for arthritis. Since this "over-sulphated" variant is not naturally occurring and mimics the properties of heparin, the contamination could be an intentional counterfeit as opposed to an accidental lapse in manufacturing.