Why does church keep away from autism? Is it fear, intolerance or just mere precaution? 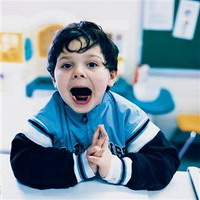 Reporters learned that a 13-year old autistic boy was not admitted to the Church of St. Joseph in Minnesota.

The Todd County Sheriff warned the boy’s mother that if she breached the ban she would be arrested.

Why does the Church of St. Joseph located in Bertha, Minnesota, ban (it filed a restraining order) Adam Race from attending the holy place?

The boy has a severe form of autism and is home-schooled.

The church in its turn alleged that the presence of autistic boy shattered the safety of its parish, as it’s very hard to control the boy in mass. In addition, church is the last resort for such a hard case.

The boy’s mother claimed that her son may be noisy at times, but they sit in the back and try to stay quiet.

To decide the issue there was planned a hearing.