Medical spending on the chronically ill elderly in New York, New Jersey and California exceeds the U.S. average by more than 20 percent, and the patients in those states don't live any longer ob better, a study found. 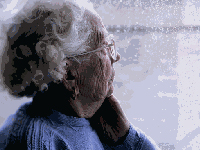 Medicare, the U.S. health insurance program for the elderly, spends $81,143 in Manhattan in the last two years of a patient's life compared with $29,116 in Dubuque, Iowa, according to the study released today by the Dartmouth Institute for Health Policy and Clinical Practice.

Medicare incurs an average of $46,412 in the final two years on patients 65 and older with long-term ailments such as cancer, kidney failure and heart disease, the report found. The government program is trying to lower expenses by controlling prices for services. The Dartmouth report found that the amount of medical services provided depends on where the patient lives.

"Care varies dramatically from place to place without differences in outcomes," David Goodman, co-author of the study and a professor of pediatrics at Dartmouth College's Dartmouth Medical School in Hanover, New Hampshire, said in a phone interview. "A sick patient in Iowa is the same as a sick patient in Manhattan. It's just that the end-of-life bill is higher."

The Dartmouth Atlas of Health Care report examined 4.7 million chronically ill Medicare beneficiaries who died from 2001 to 2005 and who were hospitalized at least once during their last two years for medical conditions.

The federal government paid out the most in New Jersey, California and New York and the least in North Dakota, Iowa and South Dakota, the study found.

Regions with a higher number of hospital beds per person tended to hospitalize people more frequently, and those with a larger proportion of physicians had higher claims for doctors' visits, according to the report.

Health-care costs in the U.S. are rising at about double the rate of wages, and medical expenditures are 16 percent of the economy. Medicare spent $432 billion last year caring for 44 million beneficiaries. About 23 percent of patients have five or more chronic conditions, and covering their care accounts for 68 percent of the agency's spending.

"There's 35 years of work showing that care organizes itself around available resources," Goodman said in a telephone interview. "So well-meaning docs use the resources that happen to be in the area."

Regional differences in the amount of medical care aren't restricted to the chronically ill elderly, Goodman said. "This really is a biopsy of the health-care system,'' he said. "These patterns of care for patients at the end of life are similar to care for the general Medicare population, and very similar to care received in the under-65 population."