Fluoridation in U.K. : pros and cons 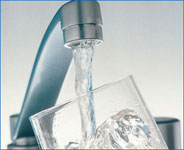 Fluoridation in U.K. : pros and cons

Fluoride containing compounds such as sodium fluoride, calcium fluoride, and sodium monofluorophosphate are commonly added to toothpaste, drinking water, prescribed treatments, and other commercially available oral hygiene products because fluoride increases the resistance of the enamel to decay[citation needed]. Originally, sodium fluoride was used to fluoridate water; however, hexafluorosilicic acid (H2SiF6) and its salt sodium hexafluorosilicate (Na2SiF6) are more commonly used, especially in the United States .

Only about 10% of England 's population has fluoridated water. There is little to none in Wales , Scotland and Northern Ireland .

Fluoridation is scientifically supported and it is legal, but only two or three areas currently have it.

In spite of these sensible arguments there are people disagreed with the idea of fluoridation, pointing at human rights: "It's medication without individual consent." They support their protest saying that the English can use fluoride toothpaste or get fluoride treatments from their dentists.

Besides the government will have to spend about $80 million over the next three years to help pay for fluoride in tap water. What’s more, fluoride is of questionable benefit, and some studies indicate it can pit teeth and make bones brittle.

Still The Department of Health believes that the benefits are far greater than any potential problems. The department refers to studies that indicate the number of children with tooth decay decreases 15% when their water is fluoridated. Children in Birmingham , which has had fluoridated water for 40 years, have half the tooth decay of children in Manchester , which doesn't.